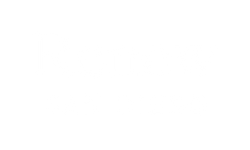 Matt was born and raised in Ocean Beach and is a San Diego native. He lives in North Park with his wife, Florence, and three boys: Benjamin, Levi, and Joshua. Matt loves basketball, visiting craft breweries, beach sports, triathlons, and hanging with his neighbors on 29th St. He first became part of the North Park community in the mid-1990s as a high school student at Saints. Since then, he’s graduated from the University of San Diego with degrees in Mass Media Communications and Theology and also earned his Master’s Degree in Divinity from Fuller Theological Seminary. He’s ordained in the Reformed Church in America. Before planting Renew San Diego, Matt planted and pastored a congregation in center-city San Francisco. Before that, he was a minister with InterVarsity Christian Fellowship at the University of San Diego and the University of San Francisco.

Good News For a Troubled World

ACTS 19:23-41 If we turn good things into ultimate things, they become idols that will ultimately crumble. An idol is whatever we look to...

The Good News We All Long For

ACTS 17: 16-34 Our monuments tell us about what we value. The Athenians’ monument to the “Unknown god” is also a picture of one of...

ACTS 10:27-48 God’s renewal comes first through God’s own initiative. In all conversions, there is always a moment when we realize that...

ACTS 9: 1-19 Everyone is in a process of conversion and transformation. The question is, are you aware of what’s working on you? Are you...

The Surprising (and Critical) Inclusion of the Gospel

ACTS 8:26-39 Our culture has made the fear of those who are different from us a sport. At the core of the gospel is a call to bring...

Peace of Christ in a Violent World

The Spirit of Peace… In You… For the World

The Spiritual Life in Action

Hope in Our Grief

ACTS 1:1-14 Why do bad things happen to good people?  We are reeling with sorrow and confusion from the tragedies in Uvalde, Buffalo, and...